Despite the current atmosphere between China and the United States, the delegation from China demonstrated their sincerity in seeking cooperation and investment, as well as friendly policies for talent cooperation.

Prior to the reception 90 plus local attendees networked extensively with the members of the Chinese delegation. At 12 noon, DCBA President, Brian Gao gave a warm welcome speech to the delegation of the Shaanxi SASAC and 90 plus local business and community leaders who attended the event to promote Chinese enterprises, and sincerely seeking opportunities for win-win cooperation. DCBA President wished them a successful trip to the United States, and also thanked Nicolas Kennedy who attended on behalf of State Representative Trott, City of Troy Mayor Dane Slater, and Madison Heights Mayor Brian Hartwell for their welcoming hospitality and support of the days event. 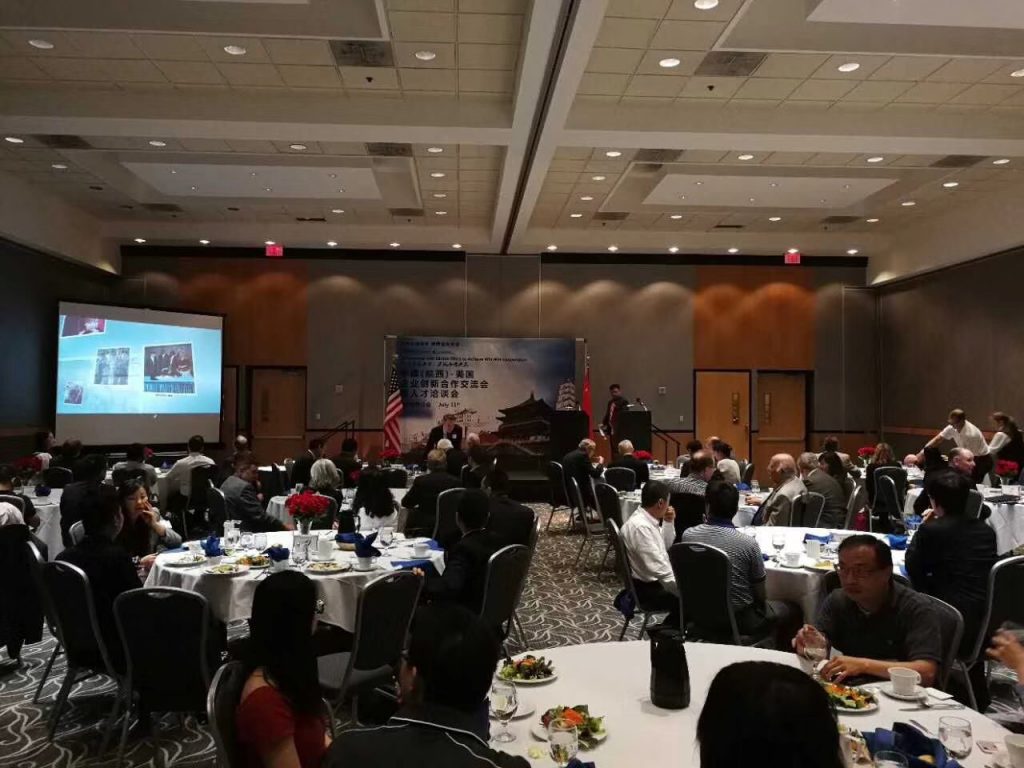 Mr. Hao Xiaochen, Chairman of the delegation of Shaanxi Gas Group, delivered a speech. He thanked the Chinese Chamber of Commerce for the support and organizing this event. He also thanked people from various sectors and industries came to this event. It is hoped that the various companies of the delegation can actively cooperate with local companies in the United States to jointly seek development opportunities, achieve sustainable development, and create a win-win future. 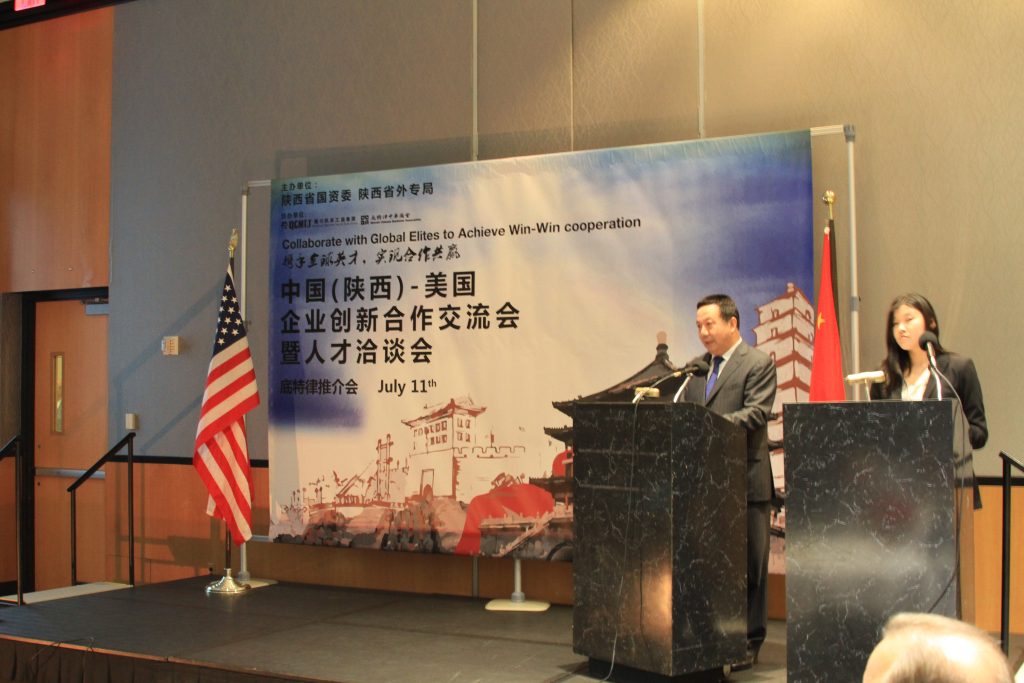 The director of the Propaganda Work Department of the SASAC of Shaanxi Province, Mr. Law, gave a speech on behalf of the Provincial State-owned Assets Supervision and Administration Commission.He introduced the development and planning of Shaanxi Province in recent years as the only important central city in the northwest region of the country and the important gateway city for opening up to the outside world. In recent years, Shaanxi province accelerate and rely on its own advantages to actively expand foreign cooperation and promote a new pattern of opening up to the outside world. 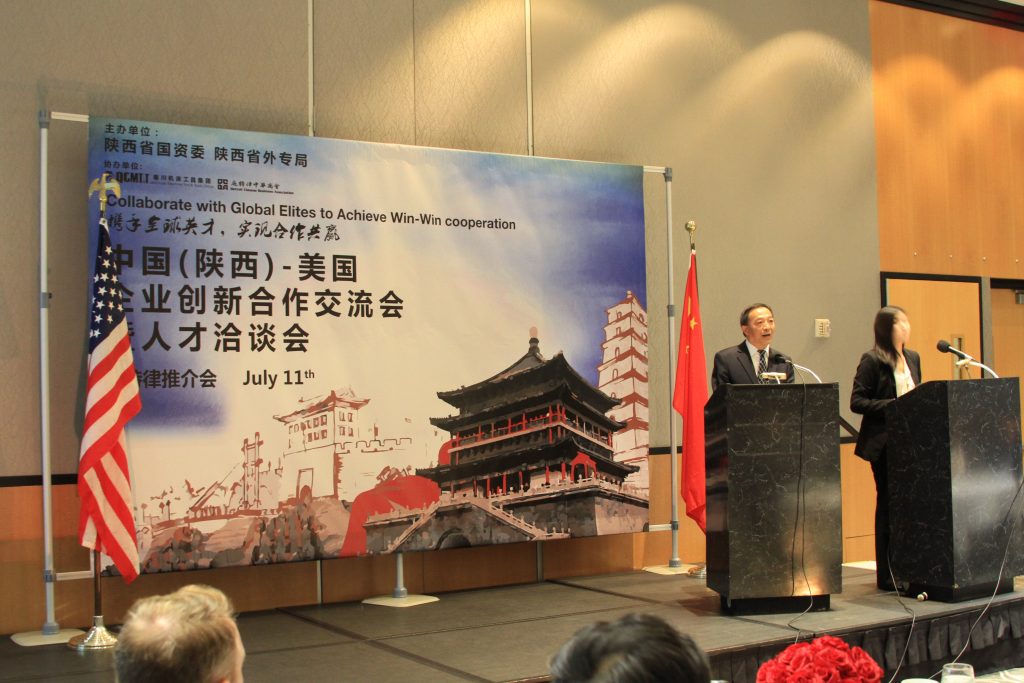 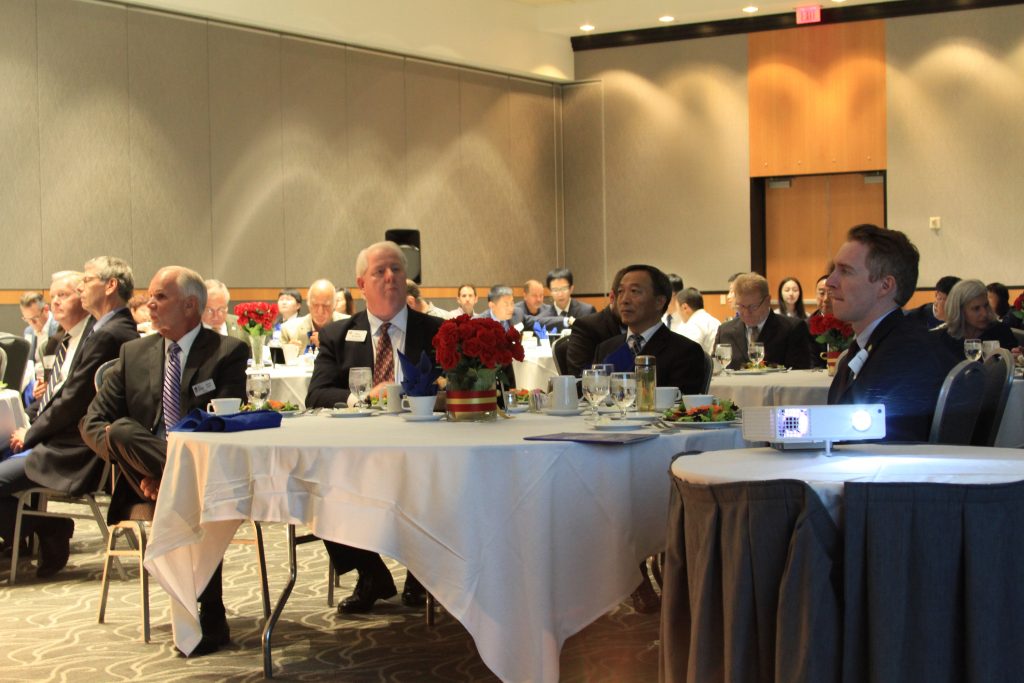 Mayor of city of Troy, and Mayor of Madison Heights, together with the guests, listened to the delegation introduce Shaanxi.

Subsequently, Zhang Wenhua, Director of the Cooperation and Exchange Department of the Foreign Affairs Bureau of Shaanxi Province, introduced the talent policy of Shaanxi. As an important node of “the Belt and Road”, Shaanxi has been accelerating the construction of a new highland for inland reform and expanding new development space in recent years, continuously creating economic breakthroughs such as strengthening the gathering of talents, capital and information, and developing hub economy, portal economy and mobile economy. 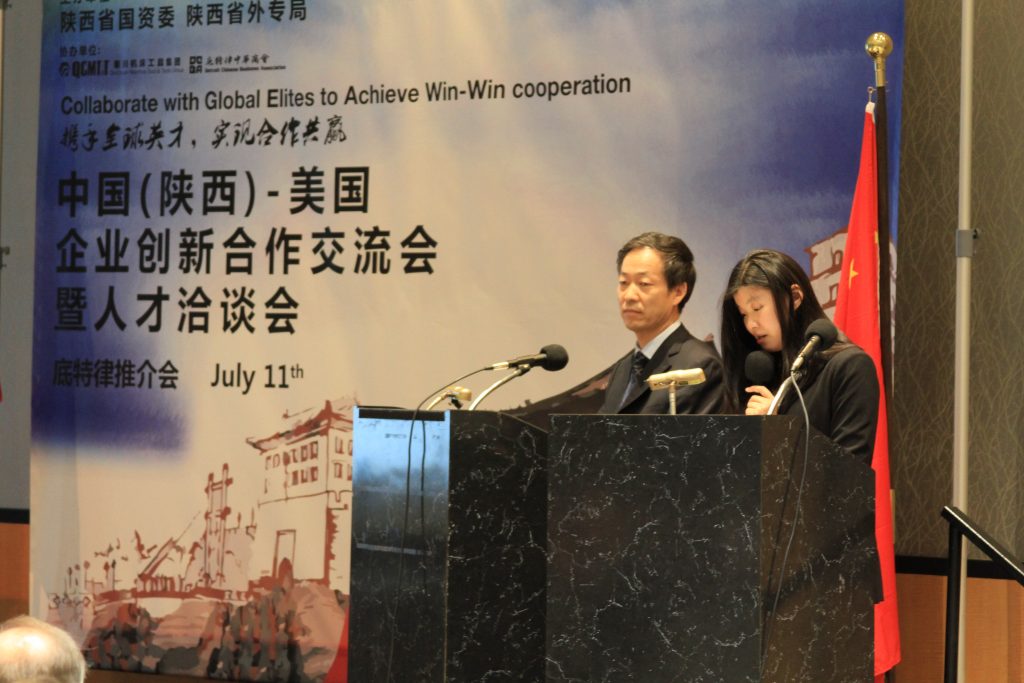 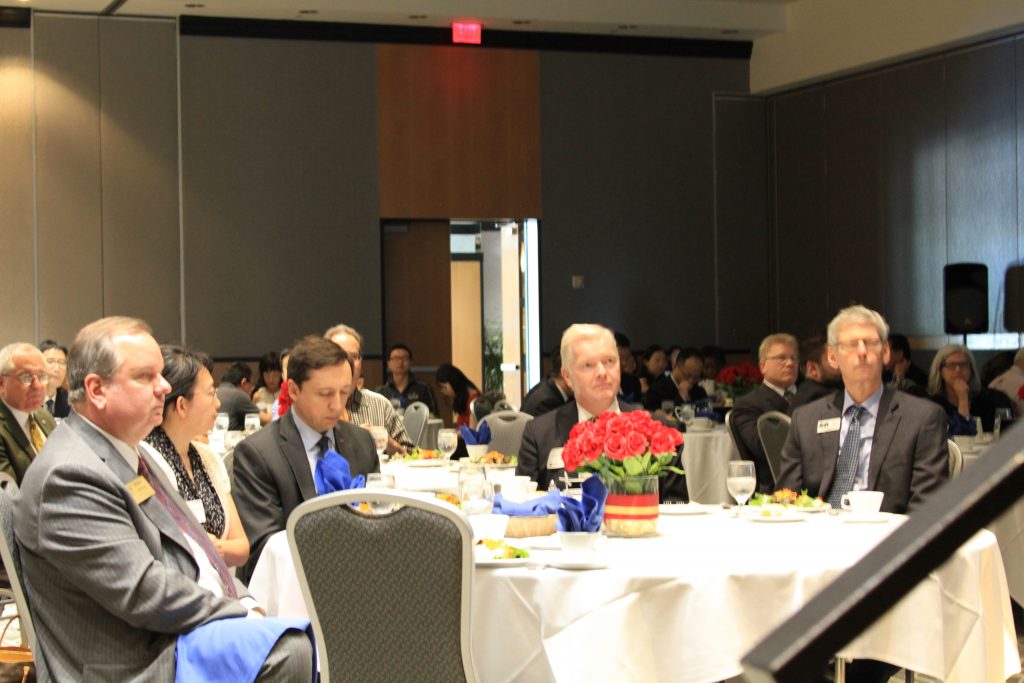 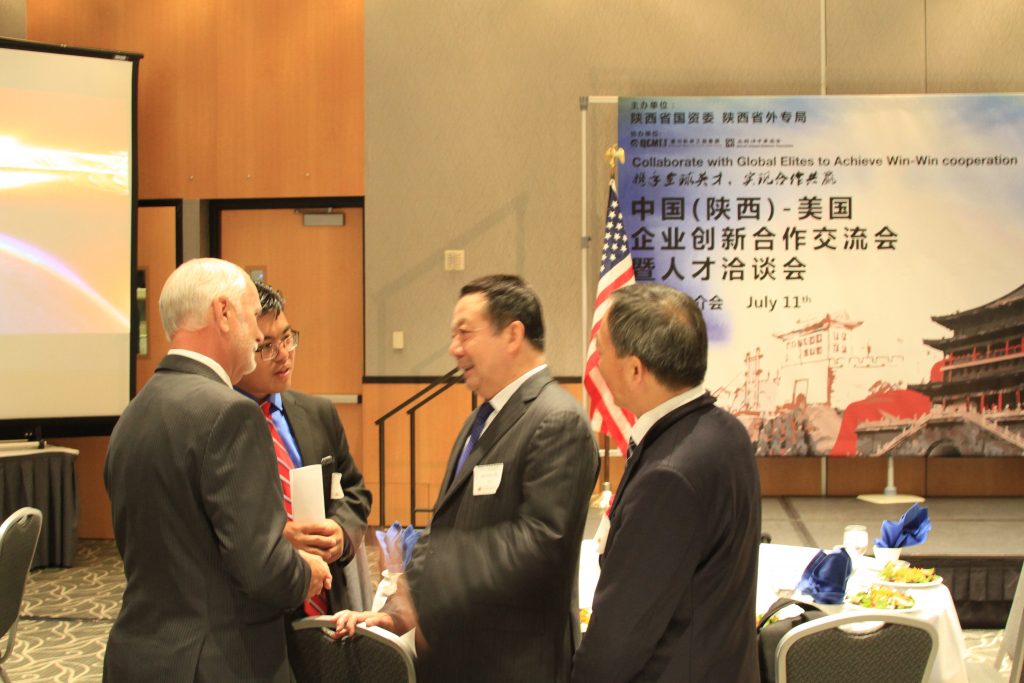 President Gao introduced the city of Troy, Mayor to the delegation leader 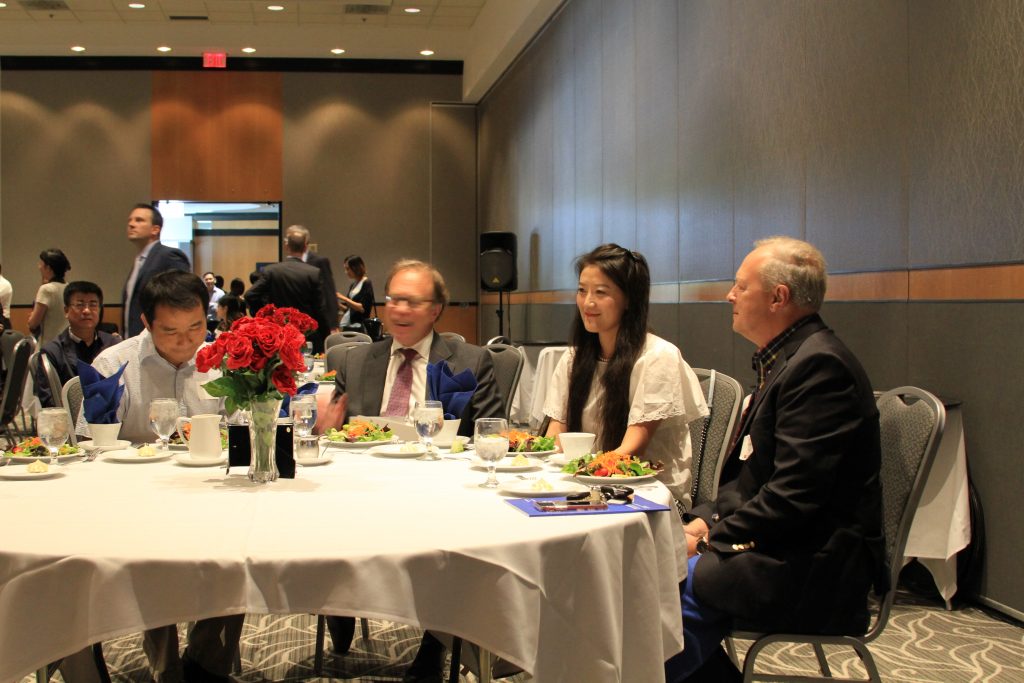 Many outstanding entrepreneurs and science and technology workers from outside the state exchanged in-depth exchanges with visiting delegations to promote bilateral cooperation.